Here is the second half of our recent interview with AmbientVisions.com.  It's one of our favorite sites that features the finest in Ambient Music.  They have over 2 million readers and are one of the best places online to discover and learn about great music.

We were interviewed by their very knowledgable editor, Michael Foster.

Michael: In 2014 is the general public more receptive to “new age” music than they were 30 years ago when
Misty Forest Morning first came out? 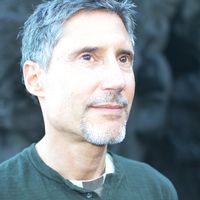 Steve: At the time we started, the idea of ambient meditation music was brand new so it took time to explain what it was. Now after 30 years, there are more people who do get this, especially with yoga becoming so popular recently. There is also a challenge due to and misunderstandings or stereotypes about the music, maybe due to the genre being called “new age”, that some people see it as part of some kind of silly metaphysical woo-woo. But for those who want the benefits that this kind of music brings, it’s easier now for them to find it than any time in the past.

Michael: Tell me about the evolution of Sequoia Records over the years and how it has changed to meet the needs of listeners and the artists that you work with besides yourself.

David: When we first started our original focus was on ambient meditation music and music combined with nature recordings, to create the peaceful feelings of a natural environment in any situation. Over the years our interest in music performed in nature led us to world drumming and native fusion music. We like how the entrainment effects of rhythm can be another way of meditating with music, and our downtempo electronic recordings grew out of combining those worldbeat drums with the approach of ambient music. Each time we felt the desire to go in a different direction musically, we ended up having to push the envelope of what kinds of music were still considered new age or healing but as we did so those new styles were accepted and other artists started doing them as well.

Michael: When you began this journey there was no internet to speak of and now we are socially connected on multiple levels via the internet. How has that changed or expanded your vision of what Sequoia Records can be and how far it can reach? 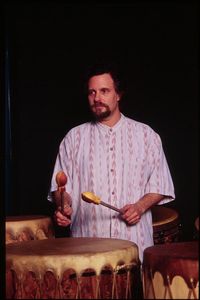 David: The internet has been a great way for us to keep in touch with our fans through sites like Facebook, Twitter, Youtube etc. Now we can easily answer questions from fans and get the word out about our latest releases.

Michael: Is there a spiritual component to the music that the two of you compose?

Steve: As we had mentioned earlier, we have been into meditation and yoga for over 30 years now. Our goal is to bring mindfulness, inner stillness and wellness into the process of creating music so that those qualities will be transmitted to the listener as well.

Michael: Talk to me about your latest release called Chakra Balance and what the aim is/was for the music that you composed for this release?

Michael: Sequoia Records isn’t just about David & Steve Gordon’s music as you do put out music from other artists. How do you decide on who to bring onto your label and do they have a similar view as you in regards to the style of music that listeners have come to expect from Sequoia Records over the years?

Steve: In the 90s we started releasing music by other artists as well who also developed their own followings such as Gary Stadler, Sophia, Jaya Lakshmi and Shajan. All of the artists on Sequoia have a similar or compatible view about healing music but work in different musical genres. We have found that the genre of music is not what unites the sub-genres of New Age music, it is the intention behind the music and the way the music makes you feel, both in your body and in your mind and spirit.

Michael: Sequoia Groove was a 2nd label that you created to handle a different style of music than your original label. Tell me about the purpose of this secondary label and why you felt that you needed to create it?

David: We started Sequoia Groove in 2001 when we first released the European hit downtempo electronica album
Buddha Lounge, after we updated it for an American audience by changing some of the songs.

Our approach with Sequoia Groove is to release positive world-fusion and electronic music for pure pleasure, for parties or for just chilling out, without our usual focus on the meditative aspects. Having said that though, none of the music on Sequoia Groove ever goes in a dark or depressing direction. In that way it is similar to Sequoia Records. There are many songs on both labels though that could be said are powerful or cosmic, for example some of the songs on our native fusion albums like Sacred Earth Drums, but even those still feel life affirming and empowering.

Michael: After 31 years walking this musical path do you still feel as strongly about the music you compose and do you see yourselves doing this for the next 30 years as well?

Steve: I could never see a time when we would not create music. There is both the pleasure we that comes from the composing and recording process itself as well as the fulfillment that comes from knowing how many people’s lives are touched by what we do. We stay in touch with our fans on our Facebook pages (There is one for Sequoia Records and one for David & Steve Gordon) so we hear from people constantly about what our music means to them. There is also the effect of composing and recording this music has on us in the sense of feeling less tension, more centered and in touch with our own inner peace.

Michael: What have you learned about yourselves over the course of the last 31 years and how has your music affected the quality of your own lives?

David: We’ve experienced and learned that the things that have worked for us to stay in touch with the deepest parts of ourselves, the inner quiet and peace of mind we get from being in nature, meditating, doing yoga and practicing mindfulness can be transmitted to other people who need the same things through our music. We’re grateful that when we create music that is an expression of these things for us, other people feel it too when they hear our music.

Michael: With 30 years under your belt what would you like to accomplish in your second 30 years of creating music?

Steve: There are many different kinds of music projects we are inspired to do. We’re developing ideas for an album that would feature Sanskrit and Buddhist chants produced with a unique ambient approach and an album series of ambient music that will contain brain entrainment-tones for various purposes such as concentration, creativity, relaxation, sleep, and other uses. We are also planning a follow up to our popular Native American Flute album, Gratitude, but this time featuring more acoustic guitar and piano.

Michael: Any final thoughts you would like to share with your listeners about the journey you have been on thus far with your music?

David: We consider it an honor to be in a position to bring a little serenity into people’s lives through our music and we continue to be grateful for our listeners for allowing our music into their lives. You can find us on Facebook or on the Sequoia Website.