Sharing our thoughts about our awards and music, continued. 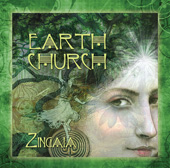 Sequoia artists Zingaia create their own vision of world music that combines energizing world dance grooves, ancient Goddess chants and hypnotic electronica. They have built a loyal following over the years that anticipate each of their new releases. In April 2012, we released their 4th album, Earth Church that has become a top seller already.

Zingaia was recognized when their album Soles on Earth won the 2005 COVR Award for Best World Album.

Originally released in 2001, Buddha Lounge has become the premier chill out electronica series with each new release attracting new fans to its ever-growing base of downtempo enthusiasts. This top selling series was recognized when Buddha Lounge 4 won the 2004 COVR Visionary People’s Choice Award and Buddha Lounge 3 received the 2003 COVR Visionary Awards for both Best New Age Album. 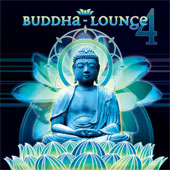 It’s wonderful to see the Buddha Lounge series awarded because when we compiled and produced this series, we listened to hundreds of tracks before deciding on the final choices for each release. We take care not only in handpicking the songs from the best artists around the world, and also in sequencing and cross-fading them so that each album is a unique experience that takes the listener on a journey that will satisfy and surprise them.

When we first heard the deeply soothing music of Shajan, we felt that of all the ambient healing music we had heard, there was an unusually beautiful quality in Shajan’s music.

So we are happy that his music has been awarded. His album Music for Reiki and Meditation won the 2003 COVR Visionary Award for Best Meditation and Healing Album. 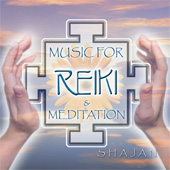 After all these awards and successes, if you thought that we might want to sit back and be satisfied, you would be wrong. Though we’re pleased and grateful, we’re not driven by these kinds of things, rather by our artistic inspiration and desire to heal and uplift. We are more excited than ever about our new projects and look forward to sharing them with you soon.

We invite you to leave your comments and share what experiences you have had with our music. 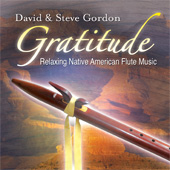 Sharing our thoughts about our awards and music, continued.

But it’s not only our world drumming music that has been awarded.  In 2003, our ambient healing album Heart of Peace won the Backroads Best Meditation/Healing Music Award. 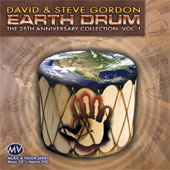 When we are composing, we follow our own inspiration and when the result is something that we feel strongly we hope that other people will connect with it too. But when those albums win these kinds of awards, we then know it’s working because they tell us that there is something very special about them that other people have felt too.

In the same way, we could not be happier when we see other artists and albums released on Sequoia Records win awards also.  When we decide to release an artist’s music on our label or create a compilation of songs, it’s because we feel there is something deep and worthwhile about that artist’s music or the songs on that compilation that deserves to be heard.

Examples include Le Spa Sonique, by Jens Gad, the brilliant composer behind the chill out downtempo group Achillea, that won the 2006 Calmscape Award for
Best Album of the Year. 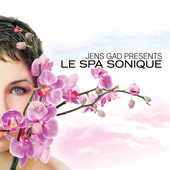 And Gary Stadler, well known for his enchanting fairy music, received the Musical Starstreams Best New Age Album of the year award in 2000 for his album
Fairy Heart Magic.