It was great seeing this new review from Creations Magazine.  We are honored to be compared to Brian Eno, who is a composer we were originally inspired by back in 1982 when we recorded our very first album, Misty Forest Morning.  At the time we were fans of his early ambient music albums such as "Music for Airports."  We had the idea of creating ambient music inspired by natural environments and combining the music with sounds of nature from those places in nature.  The album that is reviewed here, Music for Meditation: Inner Stillness, only has nature sounds in a few spots because it is designed specifically for meditation, but the concept of providing a serene ambient environment remains the same. – Steve Gordon 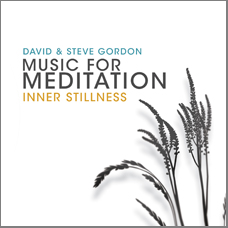 There are many meditation music recordings available these days, and while tastes vary person to person, the best tend to be supportive but non-intrusive, without ‘musical ego’ and generally, without performance virtuosity (i.e., more ‘nebulous’ and ‘atmospheric’ in quality). David and Steve Gordon fulfill these parameters and more in this useful and standout offering. I was reminded of the skill with which Brian Eno, years ago, constructed his album ‘Apollo,’ such is the skill the Gordon brothers have demonstrated in creating some of the cuts on this album. Recommended for what its title suggests – as an excellent meditation accompaniment. - Mark Maxwell