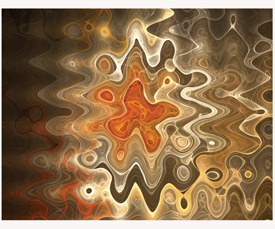 Are you ready for something really different?  Try going on an electronic vision quest.

After many months of preparation, we have some exciting news to share with you.  Our brand new psychedelic trance electronic music project albums are now available on the Sequoia Records website.

We decided to give this music a different name because the sound of the music is so different than anything else we have ever done before.  It has some similarities with the electronica style of music on our releases such as Nirvana Groove and Yoga Planet as well as series we have produced such as Buddha Lounge and Hotel Tara, but unlike those, the music of Lodestone Resonator is more experimental, more ambient and not designed just for chilling out, although it can be used that way.

After all the years of releasing music designed for specific purposes, we thought it would be fun to create some music purely for our own enjoyment, where we had no idea when we started what the end result would be.

Lodestone Resonator is music that has no boundaries and does not fit neatly into any musical style.  We were inspired by psytrance and leftfield IDM groups such as The Orb, Shpongle and Aphex Twin but we did not let ourselves be limited by those sounds at all.  We created a new fusion of electronic and acoustic elements that combine in hypnotic patterns and loops to chart a new course into psychedelic trance.

One thing we have never really heard any other electronic music groups do is use the sounds of acoustic instruments to create electronic loops and grooves.  We sampled sounds from our albums played by things like acoustic guitar, piano, flutes, acoustic drums and electric guitar, processed them electronically and then created hypnotic grooves from them that sound at once both electronic and organic.

The end result is music that is ambient but has enough groove to keep you going as well.  You can use this music for background while working, driving or socializing but it's also great to turn up and really explore also.  The music is great for inner journeys and digital vision quests.

The first three Lodestone Resonator albums are available as downloads or CDs.  You can sample every song on the albums:

To find out more about this new music project, here is a link to the Lodestone Resonator bio .

We hope you enjoy this new music.  We had a great time creating it!