"This is not just a fringe, faddish kind of music that is cropping up. People are getting into it. They're dancing to it, and it's the beat of the future, the groove of the future.
- Mickey Hart 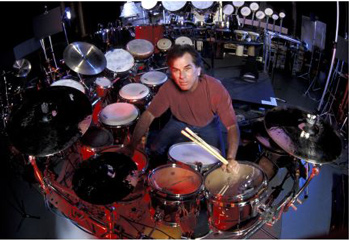 Mickey Hart is best known for his role as an integral part of an extraordinary three-decade expedition into the soul and spirit of music, disguised as a rock'n'roll band called the Grateful Dead. As half of the percussion tandem known as the Rhythm Devils (Bill Kreutzman is the other Rhythm Devil), Hart has transcended, even shattered, the conventions of rock drumming. Hart and Kreutzman's extended polyrhythmic excursions have long been highlights of the Dead's live shows.

The pair has introduced the band's audience to an ever-growing arsenal of exotic percussion instruments from around the world. Exposure to these exotic instruments caused Hart to start a journey focused on learning about the cultures that produced the instruments. Hart's lifelong fascination with the history and mythology of rhythm is documented in his two books, Drumming at the Edge of Magic and Planet Drum. 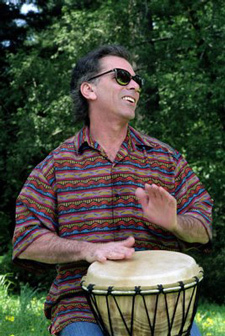 Hart's study of the world's music also has led him to record with many great collaborators from around the world. He has helped to make world music more readily available by creating 20 recordings of world music in his "World" series on Rykodisc. His latest release is Mickey Hart's Mystery Box, a work that weds world rhythms to the most appealing qualities of pop music and features a dream team of world class drummers and musicians.

In the following interview from 1997, we ask Mickey Hart to explain what is behind the current explosion of world music and speculate on what might be the next trends in world music.

Steve Gordon: What is it about drumming that is currently creating such a strong response in listeners?

Mickey Hart: It's all about rhythm. We are rhythm creatures. Our whole body is made up of rhythm. We are part of a rhythmic world. And drumming is a great way for the species to make rhythm. Rhythm seems to be an integral part of our makeup as humans, as mammals, as interlocking organisms. So, rhythm is very important. Rhythms are all around us. We live in a rhythmic universe. We are embedded in it. 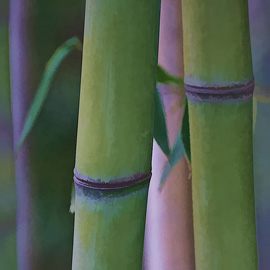 You have probably heard about or experienced some of the many benefits of meditation such as stress relief, better concentration, more self confidence, improved health, more happiness, more peace of mind, smoother relationships, increased creativity, stronger intuition and inner certainty, etc.

With the busy lives many of us lead these days, it can be hard to always find the time to do a traditional sitting meditation as much as we might want.

You can use very short interruptions in your day as a sort of micro meditation.  For example, let's say you get put on hold for long time.  This can be very upsetting, especially if you are busy.  Next time this happens to you, try using that time to meditate while you wait.  Just take some slow deep breaths and let your mind focus only on your breathing.  Once you resume your call, you'll feel much better.

After a while you can get good at finding little moments you can meditate such as standing in line at the bank, waiting for a doctor's appointment or waiting to make a purchase at a department store.  It doesn't matter whether the time window is a minute or two or much longer.  No matter how short or long the time you are stuck not being able to proceed with your work or chosen activity, you can use those times to get a little meditation in. Continue reading on Sequoia Records website.